Welcome to the Lugdon Lodge!

You deserve some time to be WILD!

Ladies of the Lodge are hosting the first annual Wild Women’s Week June 25 to July 2.

Fresh air, sunshine and adventure await! Each day you will have adventure and relaxation opportunities. There are rivers to canoe and kayak, mountains to climb, lakes to swim in, campfires to sit by – You should be here, with the Ladies of the Lodge this summer to do it all!

Ladies – It’s been a year, hasn’t it? Let’s have a summer to remember!

Women 18 and up – Wild Women’s Week is adventure camp for YOU!

Details are coming soon, but mark your calendars for June 25 – July 2. Join us at the Lodge for a week with days full of outdoor adventures and nights full of campfires!

This year has been tough. Finding the perfect outdoor family adventure doesn’t have to be! A weekend Dogsledding Adventure 2021 at the lodge can provide a safe getaway with a once in a lifetime experience. Arrive Friday afternoon and stay until Sunday evening. Your family/group have a clean, private cabin where you can make your own meals and warm up in between adventures. The only contact you have with others is outside, socially distanced, while we guide you on Dogsledding Adventures!! Other guided winter activities are also available. Weekend Dogsledding Adventures start at $650 for 4 people. We follow and enforce all state and CDC guidelines concerning safe gatherings.

Who is ready for Summer Adventures!!!

There are still openings for:

Posted by LUGDON LODGE  |  July 2, 2019 | Categories: Uncategorized | Comments Off on Who is ready for Summer Adventures!!!

Click on Adventure Camps at the top of this page for more details! 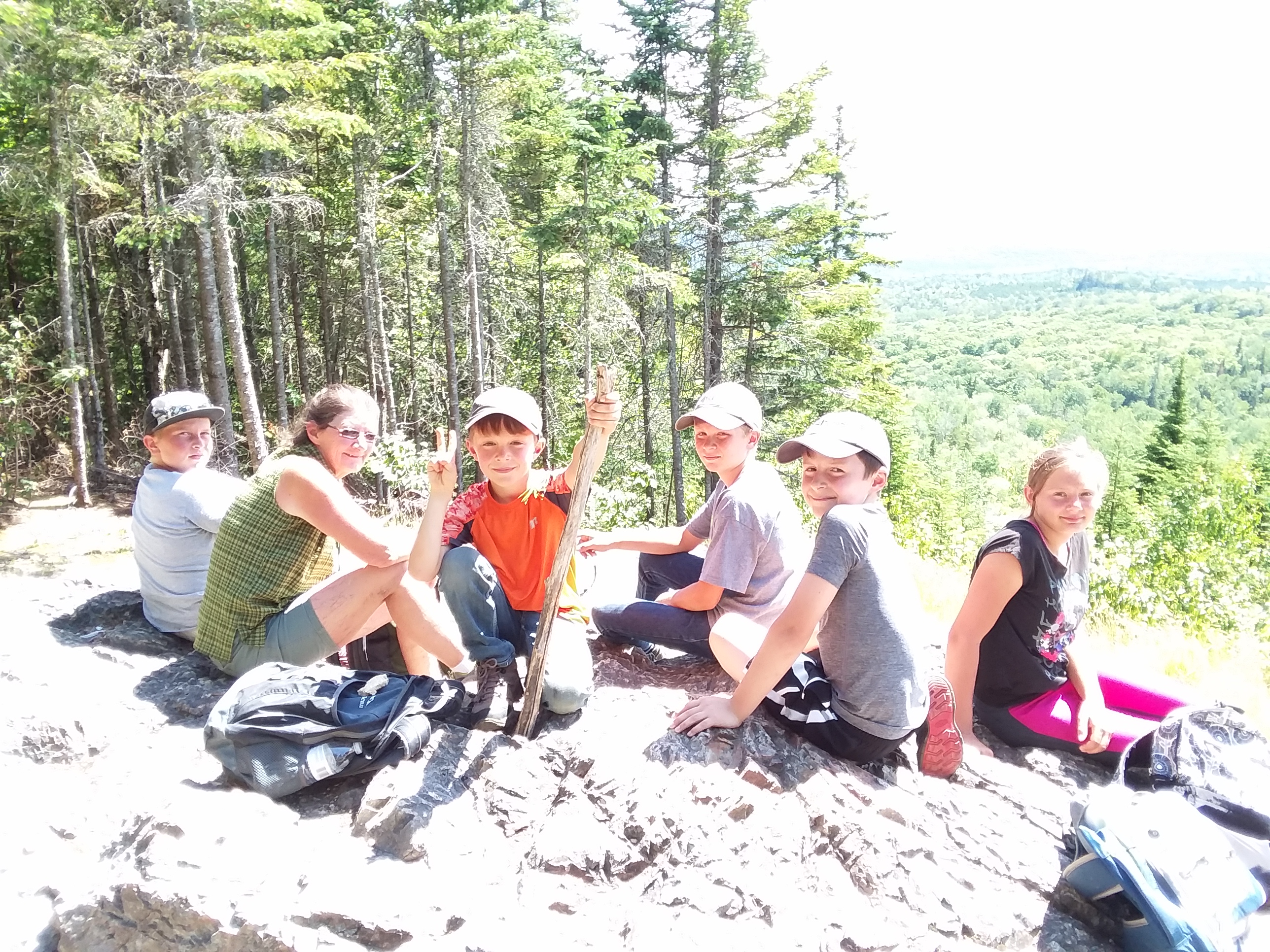 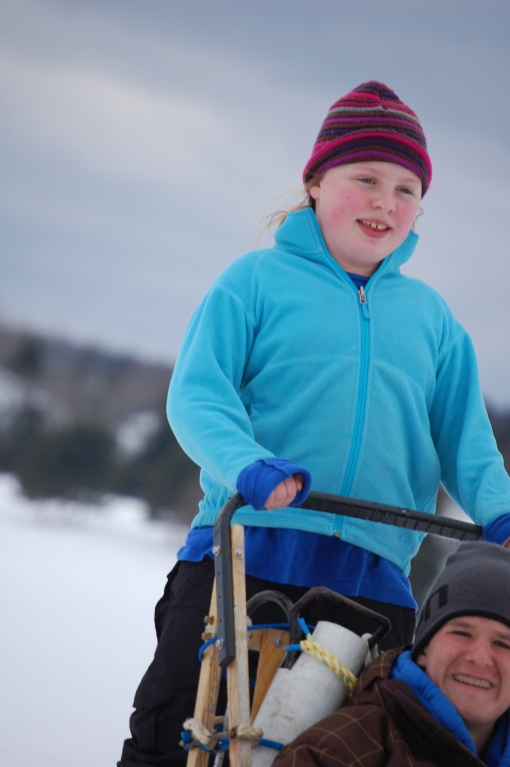 For more information about the Junior Mushing Adventure, click on Dogsledding above or Call Marion at 207=444=4557!

Registrations are Due February 4th.

Gram, known to some as Charlotte Jane (Clark) Lugdon who was born on June 5, 1923 in Burlington, ME to Edgar and Pamelia (Page) Clark passed from this world on December 10, 2018.
Gram lived most of her adult life in Kenduskeag after attending East Corinth Academy – Class of 1941.
To say she was active at the Kenduskeag Union Church is an understatement. Well into her 90’s she sat at the door during suppers and provided many items for the craft fair as an active member of the Willing Workers. In her younger years she taught Sunday School and directed the Samaritan Food Cupboard.
Gram could whip up a doily or dishcloth in no time and when she was at the Lodge, she was often found on the porch of the main camp in the afternoon with her crochet hook and yarn. Her gifts of knit and crocheted crafts and handwritten cookbooks are cherished by family and friends. In the Fall on Sunday evenings, hunters are treated to her special Zucchini Casserole.
Gram enjoyed substitute teaching at MSAD 64 (laughing when she recalled a student calling her an old blue-haired goat), writing town fire permits (and chasing fires with her husband), cooking at the Lodge and with grandchildren, fishing for muskies and tagging deer.
She loved a good joke or story (even a few that were off-color). Her memory and wit were sharp and Gram enjoyed retelling her favorites.
Once in a while, Gram would sip on a toddy in the evenings, and she especially loved the lemonade she had on the Fourth of July sitting at the pond in West Corinth.
Gram joined her husband George M. Lugdon, four sisters – Elizabeth, Pricilla, Margaret and Dena, and special friends Donna Townsend (you might remember the times she and Gram cooked together at the Lodge) in heaven, saying she knew they were waiting for her. She is survived by her daughter Margaret “Sis” Call, sons Ernest Lugdon and wife Linda, and Edgar Lugdon and wife Marion. Her legacy includes 10 grandchildren, 19 great grandchildren, and 4 great great grandchildren.
Charlotte will be fondly remembered and loved by all who call her Gram.
A celebration of Gram’s amazing 95 years will be held December 22, 2018 at 10am at Kenduskeag Union Church. In lieu of flowers, please consider a donation to Willing Workers of Kenduskeag Union Church, PO Box 271, Kenduskeag. ME 04450

Ben Regan is back again this summer with his original show – Under the Shadow of the Moose.

AT and Archery Addictions will be here with their archery equipment! Of course we will be hiking, climbing, swimming and kayaking too!

Campers spend a night or two at the Lodge then head for the North Maine Woods for a few nights of camping out, hiking, climbing, kayaking and more.

All camps are $300 and we still have a few Summer 18 scholarships available. More details on the Summer Adventure Page.

Campers 8-18 will audition, rehearse and perform an original comedy titled “A History of the World” by Ben Regan!  Campers will also participate in many traditional summer camp activities such as KAYAKING, MOUNTAIN CLIMBING, SWIMMING, FIELD GAMES and, of course, CAMPFIRES and too many S’MORES!!

Campers 10-18 will spend two nights at Lugdon Lodge on Eagle Lake learning outdoor survival skills such as building and cooking on campfires, wilderness first aid and practicing compass skills.  Then campers will head into the North Maine Woods to spend two to three nights near the base of Deboullie Mountain.  While in the Woods, campers will climb Deboullie, hike trails, fish, kayak, canoe, cook over campfires and eat too many S’MORES!!

Campers 8-18 will spend the week participating in many outdoor adventures, including  kayaking, swimming, and weather permitting, a day in the North Maine Woods climbing Deboullie Mountain or kayaking at the base.  A.T. and Lisa from Archery Addictions in PA will be joining us again this summer to provide professional archery instruction!  Days will be full of adventure and evenings will be spent by the lake enjoying too many S’MORES!! 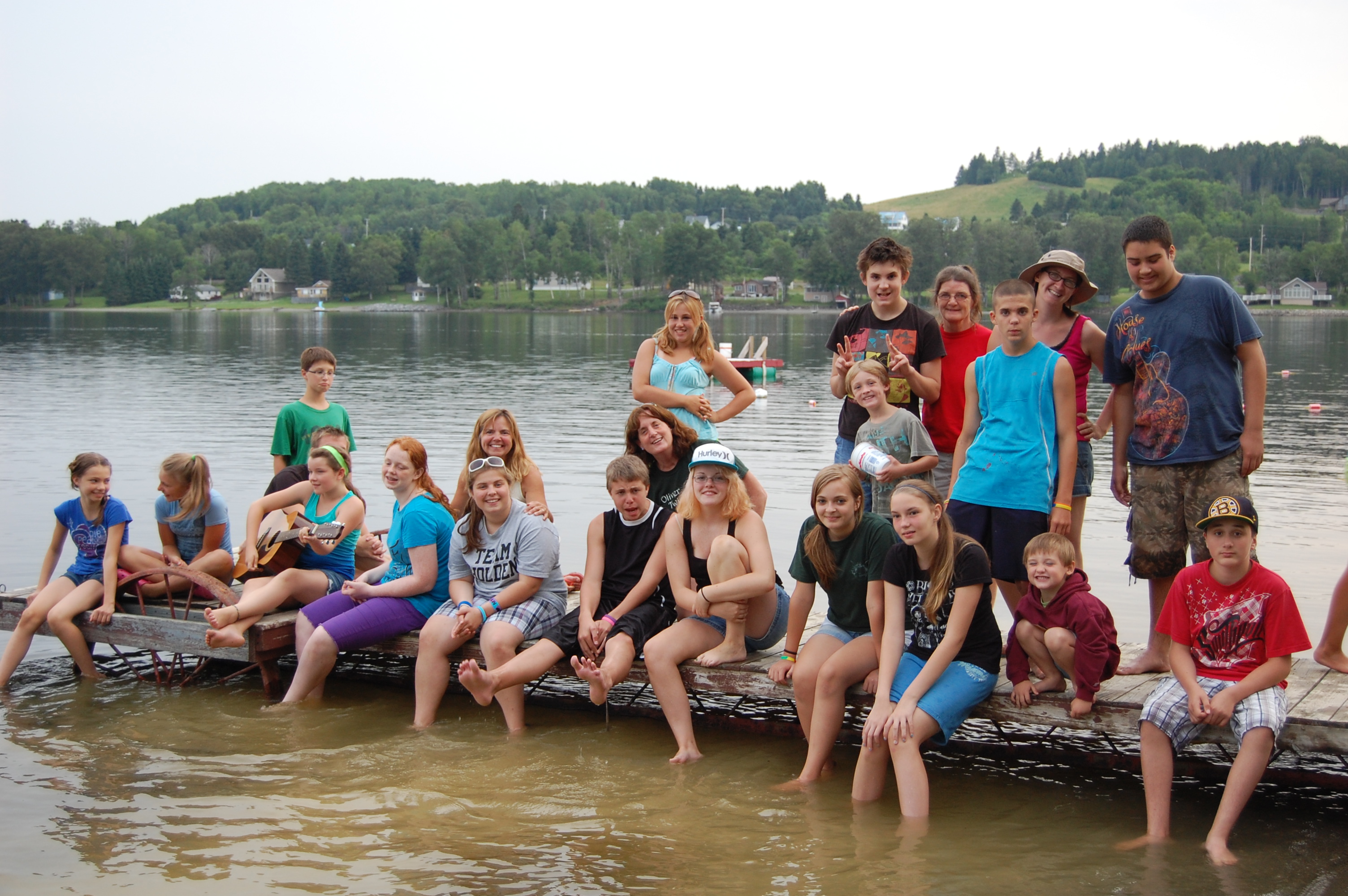